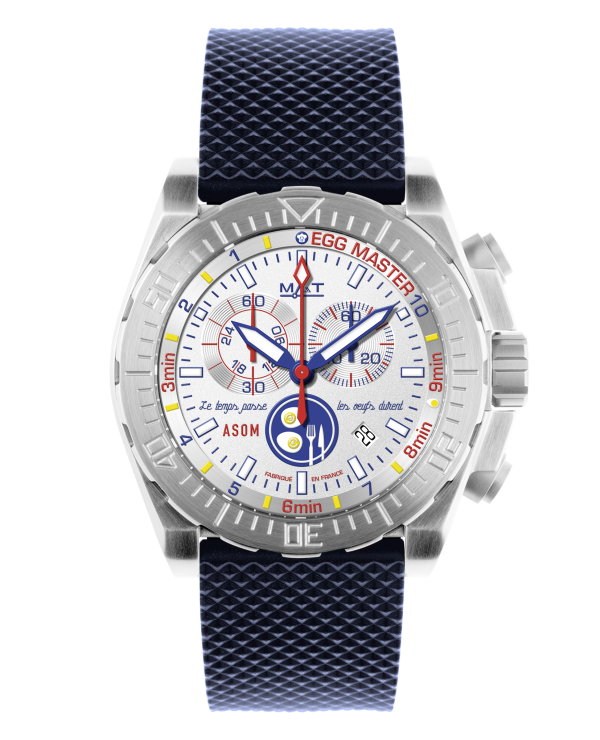 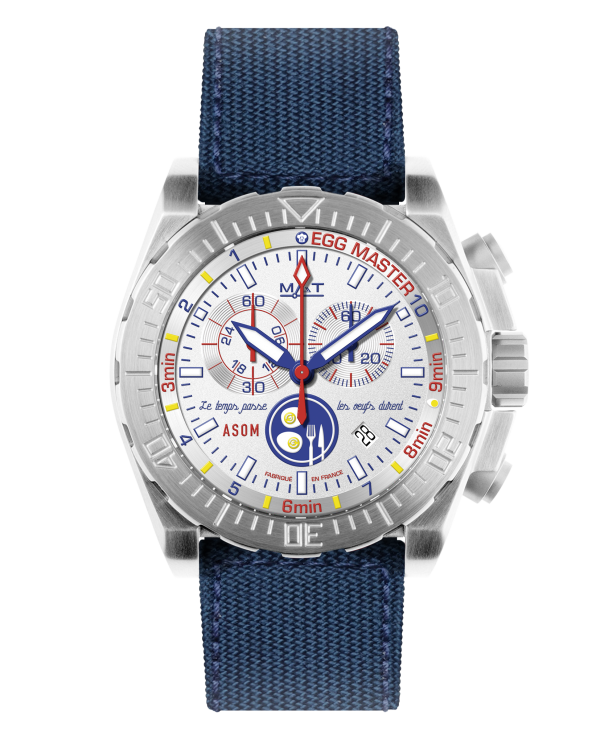 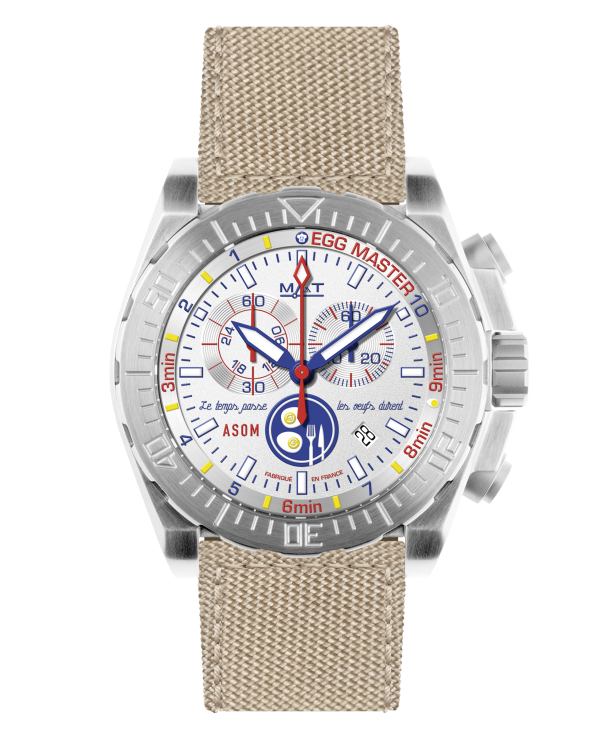 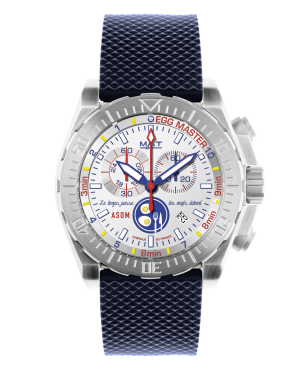 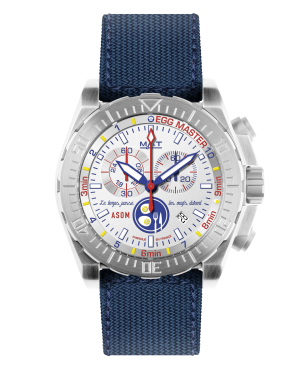 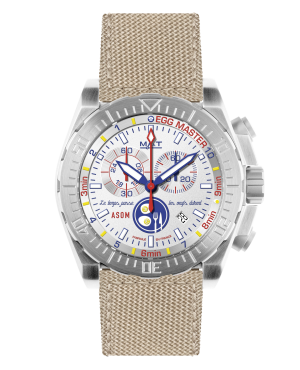 With its 44 mm diameter steel case, the EGG MASTER chronograph takes a serious approach to a light-hearted matter, and brings a light touch to a serious business.

Powered by a Swiss quartz movement, it is proud to confirm that size does indeed matter. The opaline dial bears the ASOM’s crest at 6 o’clock, topped by its motto “Le temps passe, les oeufs durent” (Time passes, but eggs stay firm) with the words flowing horizontally like a tablecloth on a table. The easy-to-use countdown function can be personalised to suit all short cooking times: simply unscrew the crown and position the central hand on the desired time using the lower pusher – three minutes for a boiled egg, six minutes for a softboiled egg, and between 8 and 9 minutes for a hard-boiled egg.

An alarm rings every minute and speeds up several seconds before the end of the cooking time, when the central hand moves over the stylised chef’s hat at the midday mark. This means that it’s time to eat. Supplied with a set of three straps (two canvas straps and one rubber band), the EGG MASTER watch is made in France and sports its bright colours with pride: red for the elements associated with cooking the egg, blue as a reference to the ASOM, and yellow… because it’s the colour of the heart and very soul of an egg. 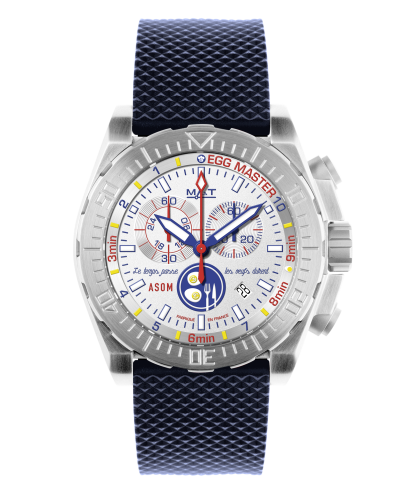 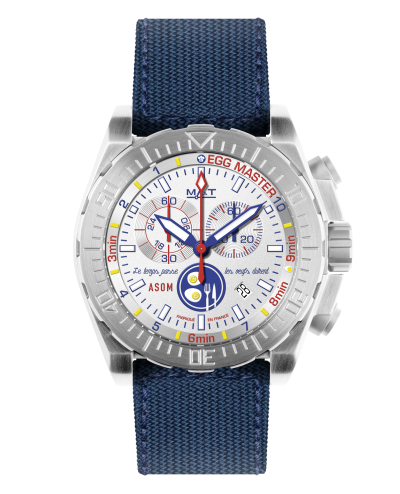 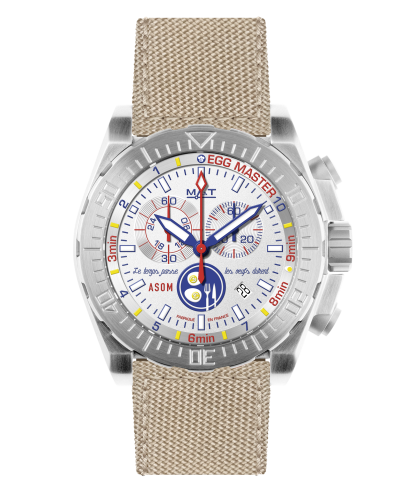